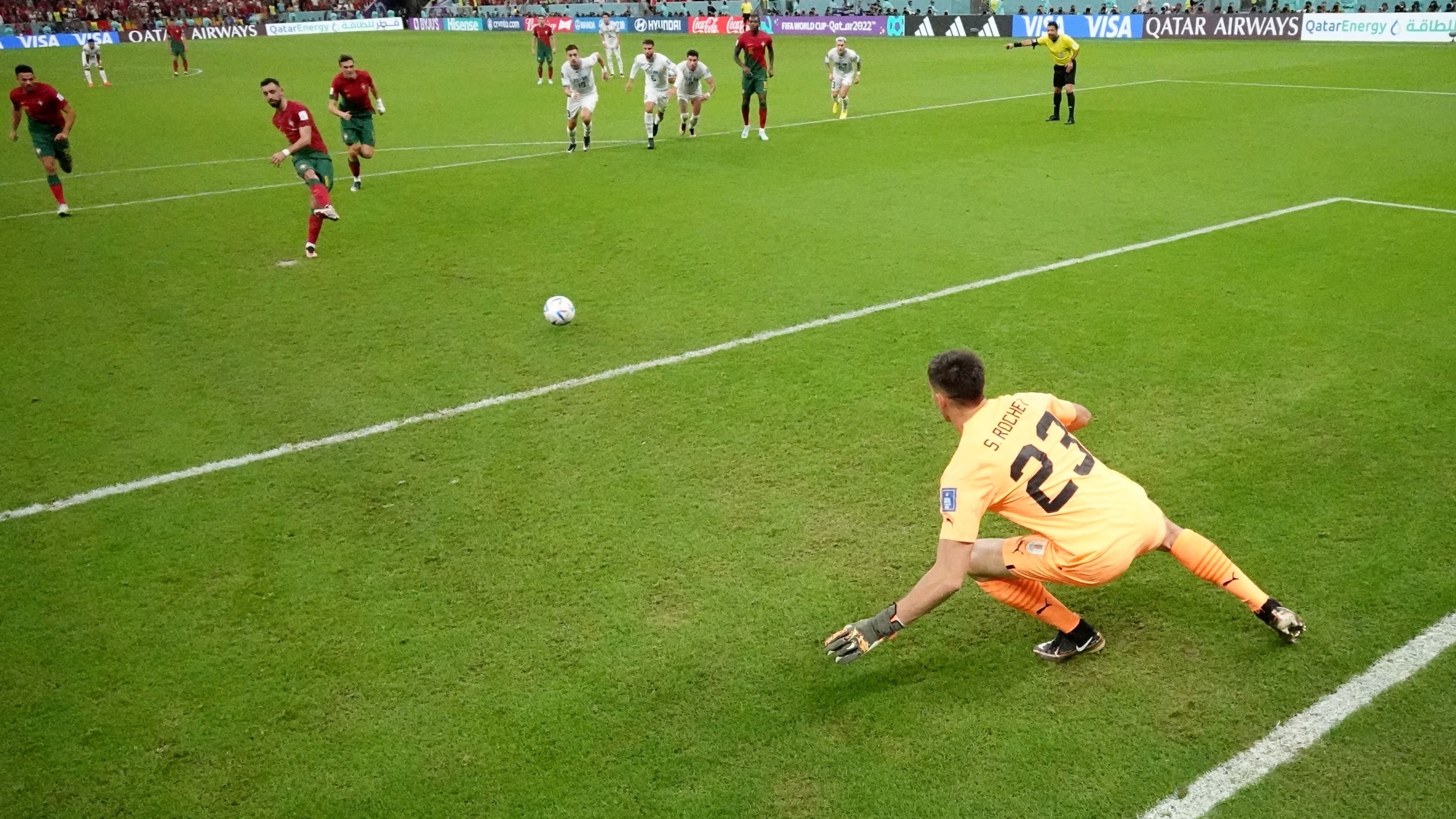 Portugal were handed a late penalty in Monday’s victory over Uruguay in controversial fashion.

Jose Maria Gimenez was penalised for handball as he slid to block Bruno Fernandes. The infringement was not initially called up by the referee but VAR interjected and urged the award of a penalty.

Gimenez, who was falling to the ground and sticking his arm out to break his fall, did not take his arm out of an unnatural position but was still penalised, leaving many fans wondering what had happened.

Former referee Peter Walton noted that the rule which used to defend players if they handled the ball while protecting their fall has since been removed from the rulebook.

It meant that Gimenez, subject to the referee’s discretion, could be punished if his arm touched the ball, which replays showed it clearly did.

Fernandes stepped up to the spot to net a second goal of the evening, having eventually been awarded Portugal’s first after replays showed that his cross went directly in despite an attempt from Cristiano Ronaldo to get a touch.