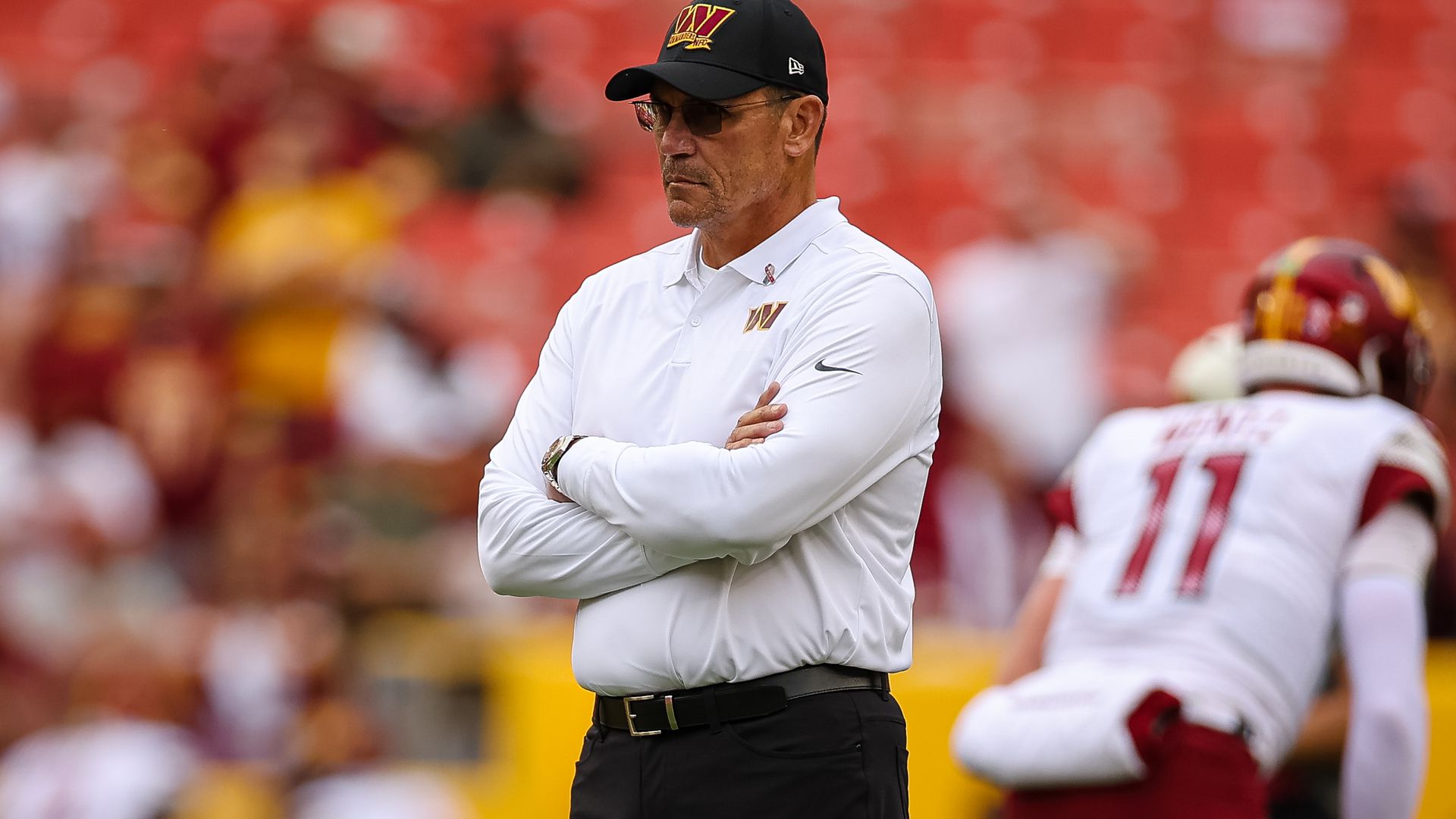 When Ron Rivera was hire here as Head Coach, Pseudo General Manager, President,…Head of College Scouting, Director of Player Personnel, Head of Football Operations, Minority Owner, Tanya Snyders Assistant Director of Design, etc. etc, etc, – he spoke at length of a ““five-year plan” to bring the franchise back to respectability. This “five-year plan” was supposed to focus on DRASTICALLY changing the culture in D.C., and he was hell-bent on bringing in HIS guys to help change that culture.

Some took “his guys” to mean players he personally had a hand in drafting and developing, rather than have a true general manager select the players and place them under Ron’s control. Most did not realize that the now re-branded Commanders would turn into the “Commanthers”!

Now, with any new coach, they will, no doubt, bring in guys they are familiar with. If I were to up and start a brand new company, I would certainly reach out to folks I had worked with in the past to help my new start-up get off the ground. However, I would also look for fresh blood, and people who think a bit differently than I do in order to help diversify our approach and add some out-of-the-box ideas. I would also not be afraid to INVEST in the company – that is why I have the backing of a major Market Equity firm… Skimping on R&D, a quality sales force, talent acquisition partners and 510K claims would only dilute my brand. Essentially, if there is money there to spend to help grow my company, I’m taking advantage of that!

Where my five-year plan would be to build up the company to eventually take it public, Ron’s “five-year plan” seems to focus on comfortability and shielding himself with “yes men”. Where I would dump capitol into my brand, Ron seems to prefer the frugal approach – all while his competition goes out and acquires top-level talent.

Being comfortable can sometimes cause one to become complacent, and I feel that is what we are seeing here in year three of Ron’s tenure.

All off-season, fans, media and even the coach himself shared thoughts about how to improve the linebacking corps. Local beat writers, many of who claimed to be “in the know”, guesstimated about possible draft picks and free agents that would be brought in to help improve this much-maligned unit. What did we ACTUALLY see? I have to laugh out loud at this, but we brought back Jon Bostic after he was released by the Saints!

Commanders fans all over the country united in anger…

And the secondary – you know, the one that was gashed last year by chunk plays? YEAH, we’ll draft a safety in the fourth, a corner in the seventh, re-sign Bobby McCain and call it a day!

How bout that offensive line – yes, the same one that Pro Football Focus has been touting since last year?

Well, we let the first 1st Team All Pro lineman we’ve had in decades leave via free agency. Fan seemed fine with this because Scherff was WAY too expensive and never plays a full season due to injury. The problem was what we did to try and replace him. Of course, in the name of comfortability, the great GM Ron Rivera brought in another has-been former Panther in Trai Turner, who looks like he spent the entire offseason eating anything he could get his hands on while trying to boost his overall rating on xbox,

On the left side of the interior offensive line, we yet again parted ways with a productive player in former tackle-turned-guard Ereck Flowers. How did Ron choose to replace him…? I’ll take bargain basement bin shopping for $500 Alex (a tribute to the great Trebek). Yep, you guess it – another former Panther has-been in Andrew Norwell!

Let’s not forget we let free agent Tim Settle walk for peanuts and cut the productive (yet injury-prone) Matt Ioannidis.

All preseason, I tried to remain optimistic about these moves, but my fandom can only go so far when the early returns haven’t looked promising.

As Bill so eloquently wrote in his recent article about fans being unhappy with the players and coaches: It seems as if Ron Rivera thinks the answer may lie in a commitment to more “old school” offensive football.

Furthermore, it seems as if Rivera and staff are content to point the finger at the players, instead of taking a selfie in the damn mirror!

To an extent, this is correct. Players do need to be held accountable (behind closed doors) to play better. However, more of this is on the coaches for, 1)failing to upgrade certain areas of weakness on this team – while other teams went out and got better; and 2)putting players in positions that are not allowing them to play to their strengths.

So, my questions to the fans are two-fold:

Now, let me just say that amidst all the off-field distractions since his arrival, Rivera has done a good job of attempting to change the culture in Ashburn. However, his approach as a leader on the football field and his “prowess” as a General Manager has left a LOT to be desired!

I’m the eternal optimist, but even I am growing tired of this roster mis-management and lack of urgency to get the ship pointed in the right direction. I know it all starts at the top with good ole Danny boy, but if we can’t chop the head off the snake, at least make it one folks don’t wish to cross.

We’ve got the garter snake…not the Cobra!

If this debacle continues, will Rivera be allowed to see this “five-year plan” through?

Donald Trump and his son Donald Trump Jr. arrive for a news conference at Trump Tower in New York, as Allen Weisselberg, center, chief financial officer of The Trump, looks on Jan. 11, 2017. – TIMOTHY A. CLARY/AFP/AFP/TNS The Trump Org.’s own lawyers almost impeached their witness during the ...