Members of the public will be able to visit the final resting place of QueenElizabeth II as Windsor Castle reopens.

The former monarch was buried with her husband Prince Philip, and alongside the remains of her parents and sister in St George’s Chapel following her state funeral on 19 September.

Windsor Castle and St George’s Chapel reopened to the public at 10 am on Thursday (29 September) so people can go and pay their respects to the Queen and view the ledger stone inscribed with her name in the .

How much does it cost to enter the Chapel?

St George’s Chapel is not open to visitors on Sundays as it is only open for worship. 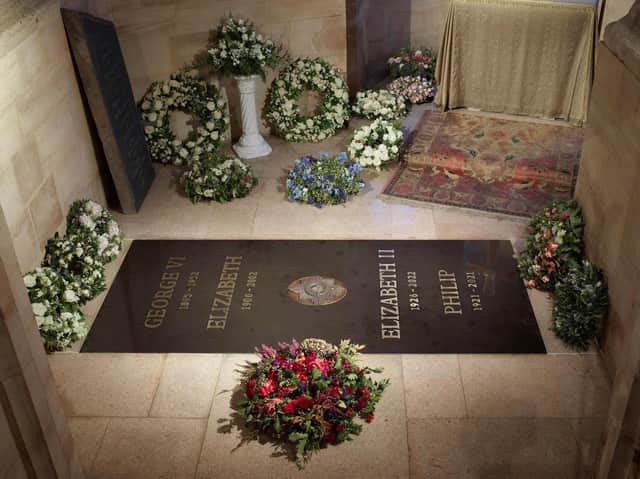 An inscribed stone slab marking the death of Queen Elizabeth II has been laid in the Windsor Castle chapel where her coffin was interred: ROYAL COLLECTION TRUST/AFP via Getty Images

Buckingham Palace released a photo of the ledger stone inscribed with the Queen’s name on Saturday, marking the spot where the royal family are interred. It replaces the previous slab that was dedicated to George VI and the Queen Mother.

The ledger stone is formed of hand-carved Belgian black marble with brass letter inlays and matches the previous ledger stone.

When did the period of royal mourning end?

The period of royal mourning came to an end on Tuesday, meaning the Royal Family can now resume their Royal duties in full. Up until that date the family wee only carrying out duties appropriate since the death of the Queen as a mark of respect.

The Prince and Princess of Wales made their first official visit to Wales in their new roles this week with a trip to Anglesey, where they made their first home as newlyweds, before going on to Swansea.

King Charles carried out one official engagement during the royal mourning period, which involved holding a telephone audience with Chancellor Kwasi Kwarteng on Thursday last week (22 September), the eve of his .