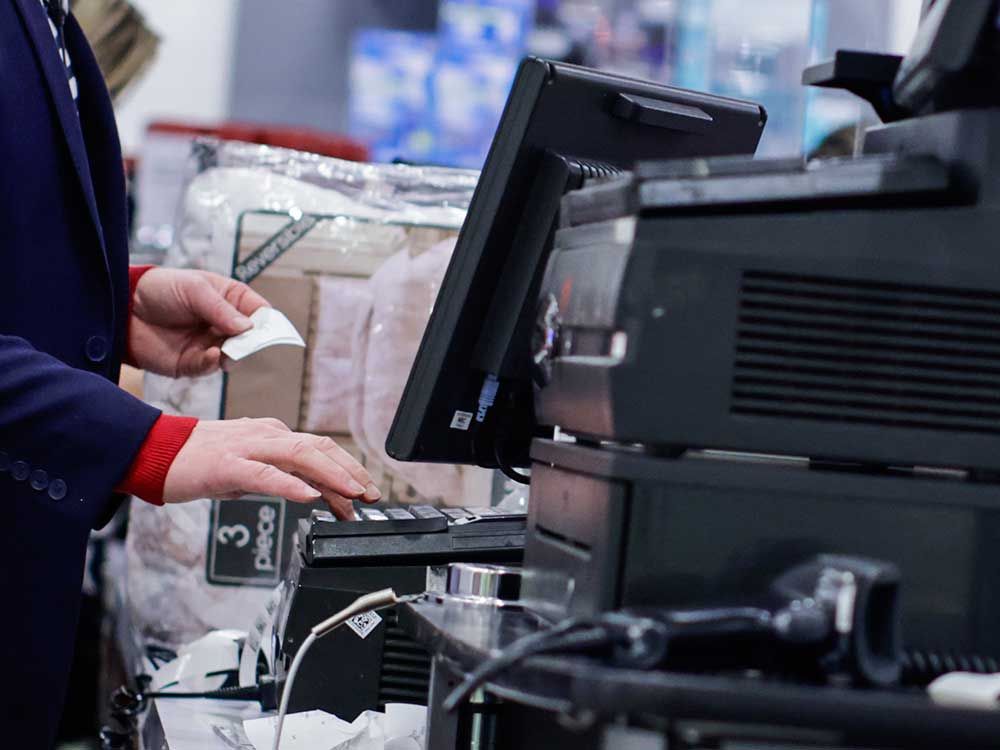 A store employee works at a cashier desk at a retail business in New Jersey on Nov. 25, 2022.

A 61-year-old Windsor woman is facing charges after police investigated hundreds of illegal discounts being given at her workplace.

Windsor Police Service said its Financial Crimes Unit began investigating on Nov. 4, looking into potential fraud at a business in the 4000 block of Walker Road where the suspect was an employee.

Officers eventually determined that the employee had been involved in manipulating discounts on a cumulative total of more than 1,800 items during the months of September and October of this year.

According to information received by police, the heavily-discounted items represented a combined loss of more than $6,000 in revenue for the place of business.

The accused female employee was taken into custody and is being charged with fraud (value exceeding $5,000) and conspiracy to commit an indictable offence.

Anyone with information about financial crimes in Windsor is encouraged to call investigators at 519-255-6700 ext. 4330.