With watchOS 9 update, Apple Watch tracks sleep cycle stages and gives you a detailed breakdown. Is this Apple catching up with Fitbit and Samsung? It’s often said that Apple is rarely the first to do anything, but when it does do it, it gets it right.

This explains why so many long-existing smartphone features – from the ultra-wide camera to wireless charging and the all-screen design – only became popular after the iPhone began offering them.

It will probably be said again this autumn when the Apple Watch finally gains the ability to track sleep in a proactive manner, which other wearables from the likes of Fitbit and Samsung have been able to do for years.

This new feature won’t be exclusive to a new product – it is part of a software update that will be made freely available for Apple Watch owners going as far back as 2018’s Apple Watch 4. 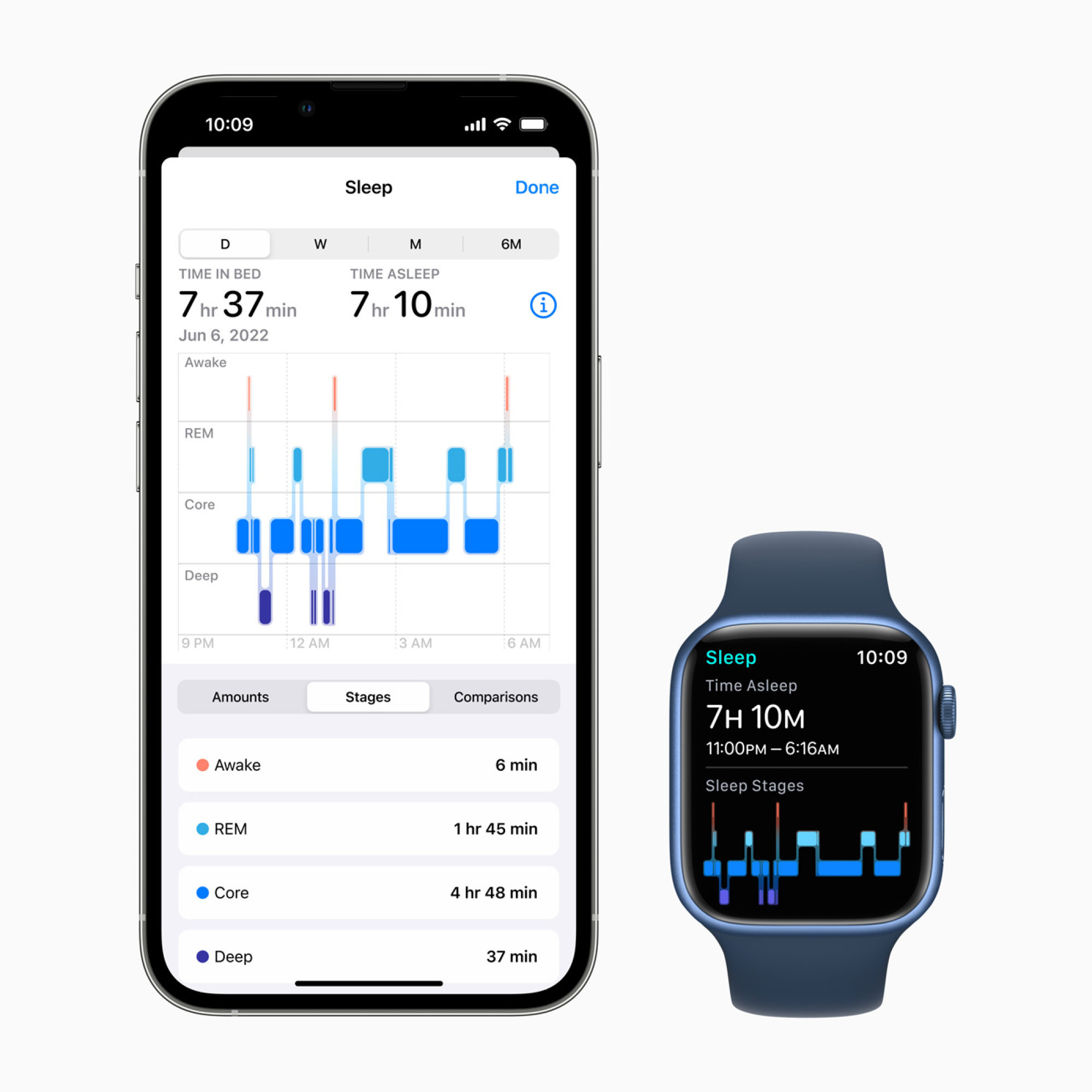 Technically, the Apple Watch has been able to track sleep for years but the data given was rudimentary and required users to manually set sleep and wake times. To put it bluntly, sleep tracking seemed like an afterthought.

Apple, as it turns out, was taking its time to develop this feature because it wanted to do it right. The science of sleep is complicated and is still being explored by medical experts.

Helping the tech giant get it done is Dr Sumbul Desai, Apple’s vice-president of health. Under Desai’s guidance, the new watchOS 9 software launching this autumn will allow users to not just track how long we spend in bed, but also the sleep stages we go through, including how often we wake up in the middle of the night.

According to Desai, a watch running watchOS 9 will use its accelerometer and heart rate sensor to detect movement and heart rhythm to determine whether the wearer is in REM (rapid eye movement) sleep or deep sleep, for example.

Each morning, users will be able to view their data in the Sleep app, which provides detailed breakdowns of sleep stages over the previous night, weeks and months. 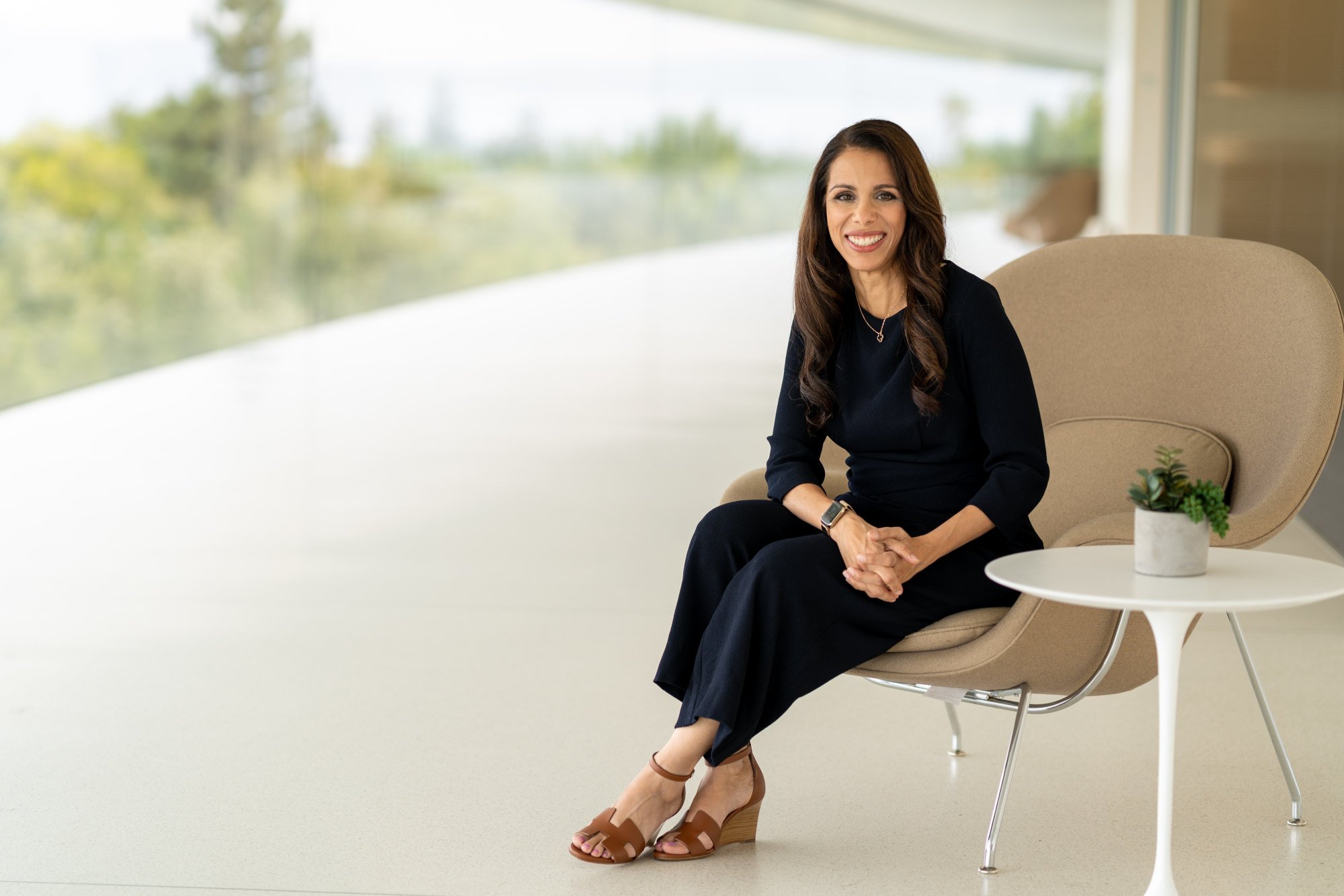 “By tracking your sleep stages and paying attention to how you feel each morning, you may gain deeper insight into your own sleep,” says Desai. “For example, if you notice something is waking you up every night [at the same time] you could take the opportunity to improve your sleeping environment.”

So if existing watches have been capable of tracking our sleep for years, why has it taken until now to update them? It is because it takes years to develop algorithms that can accurately estimate what our body is doing based on findings from the sensors.

“Everything we do at Apple is based on science,” says Desai. “The sleep stages algorithm was trained and validated with data from one of the largest and most diverse populations ever studied for a wearable.”

Apple has pivoted its marketing of the Apple Watch from its initial position as a luxury/fashion wearable to a heart health tracking tool that can save lives – as it did for one notable case in Hong Kong.

This was accomplished via intensive research of irregular heart rhythm in collaboration with the US-based Stanford University School of Medicine. Apple also works closely with the American Heart Association and Brigham and Women’s Hospital in the US state of Massachusetts.

According to Desai, Apple is taking the same approach with sleep science – the company is “spending a lot of time talking to physicians” so both sides can work together to study and analyse the effect of sleep on overall health.

“As we’re launching these sleep tracking features, we’re also giving users the chance to share their sleep data with the study. Given the large scale of the data, we’re excited about the potential for real breakthroughs that advance the cause of health.”

Starting this weekend, Decentraland players can party at the House of SAM

How to Batch Edit Photos and Videos on iPhone

iPhone 14 Hack: How to Screenshot and Screenrecord on this Advanced Smartphone [Easy Guide]

How to use Studio Light in macOS Ventura for video apps

How to Change Your Hotspot Name on iPhone and Android

Kaspars Grinvalds/Shutterstock.com To make your mobile hotspot appear with a different name on other devices, you can modify your hotspot’s name on both your iPhone and your Android phone. We’ll show you how to do that. When you rename your hotspot, you can choose any name you want. Keep ...


View more: How to Change Your Hotspot Name on iPhone and Android

In Bihar's Gaya, 6-year-old beaten to death for eating apple meant for puja

How to Change Apple ID on iPhone

Apple Watch Series 8 temperature sensor: what it does and how to use it

Apple declares once hugely popular iPhone 6 to be ‘vintage’

Apple CEO Tim Cook says coding should be taught as early as elementary school: 'It's the most important language you can learn'

Samsung has now launched a credit card: Benefits, how to apply, and should you get it?

Does the iPhone 14 have the Dynamic Island?

I've had the new iPhone 14 for 2 weeks. I should've listened to Steve Jobs' daughter because I now regret buying it.

Samsung launches ‘The Frame’ TV in India: Check features and other details

Samsung Galaxy S23 Ultra leaks and you aren't missing anything!

iOS 16: How to Remove Home Screen Search Button on iPhone