Ginette Perron Davidson says it was love at first sight for her and John Davidson.

Sitting in the sunroom of their home in Foster, Que., she reflects on the day they met 57 years ago, when she was 16 and John was 17.

For 45 years, they built a life together in the Eastern Townships, raised two daughters, and managed their business.

Then their lives — and retirement plans — were upended.

Within the span of a few years, John, 74, was diagnosed with prostate cancer, Parkinson’s disease, and Lewy body dementia. While his cancer was successfully treated, John’s two other diagnoses resulted in him being followed by three different specialists.

But like about 73,000 Quebecers in the Eastern Townships, neither of them have a family doctor to manage and care for their overall health and well-being.

Instead, they’re both on the long waiting list for a family physician while doctor and health-care staff shortages complicate the level of care they can receive.

13-hour wait in the emergency room

Last December, Perron Davidson,73, could barely walk because of sciatic nerve pain. As the primary caregiver for her husband, she needed to be mobile — Davidson’s conditions mean he needs 24/7 care — so she tried desperately to get an appointment at a local clinic.

She was finally seen but the medication prescribed did not relieve her pain. The only option left was to go to the hospital, where she waited 13 hours in the ER. 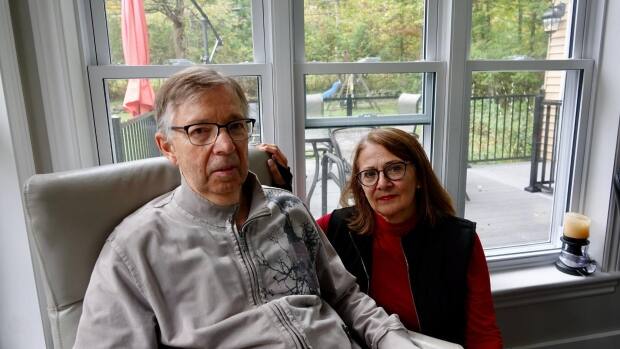 Feeling unsupported by CAQ: “Where’s his promises? I don’t see anything”

Perron Davidson gets help from the CLSC with home care nurses during the day but finding care at night has been a major challenge. The government will pay for an attendant, but it’s up to her to find someone.

“They throw you the ball. They say we’re gonna pay $19 an hour to have someone come to your house but find yourself somebody. But where? … Where am I going to find myself help?” said Perron Davidson.

She has been looking for a night attendant since July when the last person left.

With her husband getting up two to eight times a night, not having an attendant has taken a toll on her.

“I am not a superwoman … sometimes I just can’t do it,” said Perron Davidson, her voice trailing off as a tear rolled down her cheek.

She says she is disappointed with how little support the CAQ government, led by incumbent Premier François Legault, has given caregivers dealing with staffing shortages and wait lists.

“They said they would give a bigger budget to (caregivers) at home,” she said. “But nothing has increased…. Where are the helpers? Where’s his promises?”

As Perron Davidson searches for someone to fill the night-time position full time, her husband’s day-time attendant, Jessica Wilson, has offered to help out a few nights a week.

“I understand the need you know so I was like, ‘okay let’s figure something out,'” said Wilson, a single mom who is a home-care worker for a public co-op.

She agreed to work three nights a week on top of her regular 40 hours but says she can’t do it indefinitely. Having worked in a seniors’ home before, she knows the effects of staff shortages.

“I would go in at six and I wouldn’t finish until midnight but I still had to be back at six to start my shift,” said Wilson.

“It’s exhausting, there’s always a lack of staff whether it’s from the préposés  (attendants) to the nurses to the cooking to the cleaning,” she said. “The government stretches things to the point where it’s not even safe.”

Sarah Rumsby of Bedford, Que. is also dealing with the family doctor shortage. She and her daughter, Adeline, 6, have been on the waiting list for a year and a half.

Rumsby, a nurse, says her daughter has reactive airway disease that has resulted in a persistent cough.

As someone with a history of depression herself, Rumsby says she has concerns about not having access to a doctor.

“Even though things are great now, it’s one of those things where not having someone available to you when you start to have issues is very difficult,” she said.

Tracy Biddle, who lives in Stanstead with her husband, Christian Desnoyers, says her doctor’s recent retirement was a major “shock.”

“After 18 years of someone being your doctor it’s kind of like a divorce, it kind of hurt. ‘What do you mean you’re leaving me out here without a doctor?'” Biddle recalls thinking.

“I find myself in a situation I never wanted to be in.” 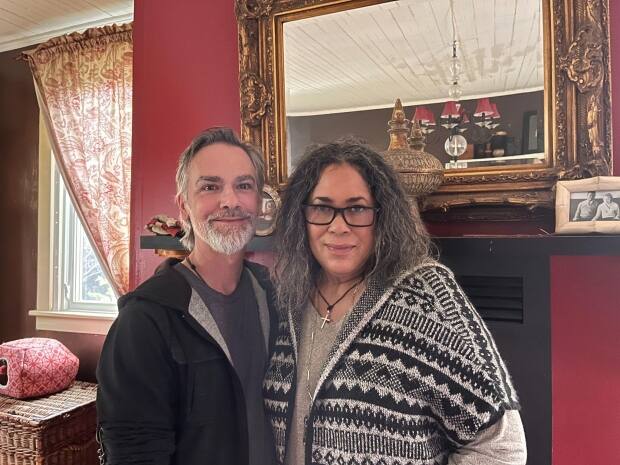 Tracy Biddle says she felt shocked and abandoned when her doctor retired recently. Now she is worried about growing old without the support of a GP.

Biddle says the situation makes her angry and, “as someone who’s getting older,” scared.

It’s up to her generation, she said, to do something about it.

“We deserve proper medical care, we all deserve family doctors,” Biddle said. “Why is it we don’t have it? There’s no damn excuse.”

Portugal vs Uruguay live: World Cup score, highlights, result from 2022 Group H match as Bentacur misses great chance Portugal can officially qualify for the Round of 16 if they can defeat Uruguay in a matchup of Group H favorites. Fernando Santos’ side held on to defeat Ghana 3-2 ...