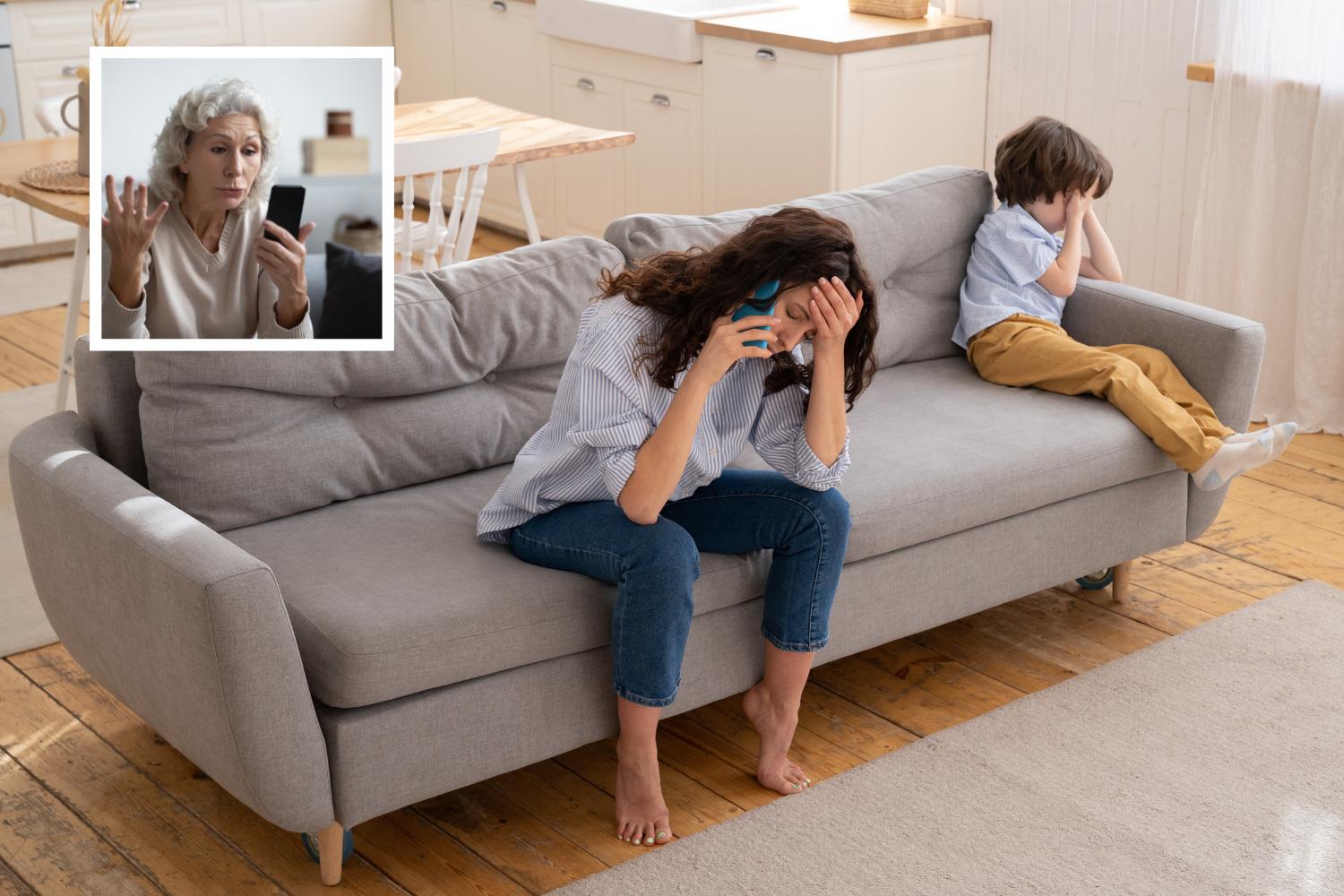 A daughter has been slammed for asking her mom, 54, to sleep on a mattress on the floor despite them having a written agreement. Here’s two file photos of women on the phone.

A daughter has been slammed online for refusing to give her mom a bed to sleep in while visiting despite having a written agreement.

In a viral Reddit post, a 54-year-old woman who goes by the name of u/TAdaughtershouse received 10,600 upvotes after explaining that she sold her four-bed, two-bathroom home to her daughter with no deposit or mortgage. They reached an agreement for the daughter to pay her back over 15 years.

According to Zillow, the typical home value in the United States is $357,589. Every home purchase with a mortgage requires a minimum of a 3 percent deposit depending on the loan type and credit score. So a home down payment may start at around $11,000.

But the Redditor’s daughter didn’t have to pay any money upfront. The only condition was that the mom can sleep at the house twice a year on the same dates.

However, times have changed and the original poster now has three grandchildren, meaning they all have their own bedrooms. As a result, the daughter has asked her mom to sleep on the floor on a mattress during her short biannual visit.

Newsweek reached out to a family therapist who said: “boundary crossing is a common mainstay in families.”

The poster said her daughter told her her sons, six and four, wanted their own rooms. Her daughter said it was unfair to ask her six-year-old to sleep on a mattress during her upcoming two- to three-day stay and she refused to pay to put her mom up in a hotel.

The woman pointed out she has back pain and a mattress would make it worse.

However, the chat led to feelings of disappointment for the mom after her daughter stated it is “her” house.

“This bothered me and I reminded her that the house is still technically mine until she pays me the full amount and that our agreement was that I could use the guest room [twice] a year and that my grandson is young, does not have back pain that would not get worse if he sleeps on the mattress.”

If you have a similar family dilemma, let us know via [email protected] We can ask experts for advice, and your story could be featured on Newsweek.

She said: “If the legal agreement were just a legal agreement, this would not be an issue. However, it is clear that there is more to this agreement than what is on paper. When considering family dynamics, “agreements” often have caveats and expectations—things like daughters expecting moms to take care of them or give more than they take. Or moms expecting daughters to act as adults and equals, when the mom is still in the caretaking role for the daughter, at least financially.

“Boundary crossing is a common mainstay in families, unfortunately. A possible solution in this scenario might be for the mom or daughter to create a really fun campout session in the living room for the night. What 6-year-old wouldn’t love the idea of a sheet tent over the coffee table with a flashlight and s’mores? This meets everyone’s needs and makes for the mother’s visits to be fun and special, rather than disruptive and stressful.”

What Do the Comments Say?

Over 2,500 people have commented on the post, many of them agreeing with Reynolds.

The top comment has received 22,000 upvotes, it said: “Not the a****** obviously! You’re just visiting for 2 f****** days!!! The kid can’t sleep on an air mattress or the couch for two f****** days??? SERIOUSLY??? We always give up a bed in my house when my grandma would come to visit before we had our guest room. Of course, she’ll sleep in my bed and not on the goddamn couch for a weekend. I feel like I’m going crazy reading some of these Y-T-A! She’s not kicking the family out of the house for 2 days or at all, just wants the agreed-upon bed for two nights!”

“Entitled selfish daughter. I hope OP can break the contract and sell the house to someone who pays a fair price. This is disrespectful and really unimaginable” wrote another.

Another Redditor agreed: “Not the a******. Kids do great on air mattresses and it always felt like an exciting thing to me when I was little, to be sleeping on an air mattress. Your daughter sucks though, and it sounds like she’s raising those kids to be as entitled as she is.”

Newsweek reached out to u/TAdaughtershouse for comment. We could not verify the details of the case.