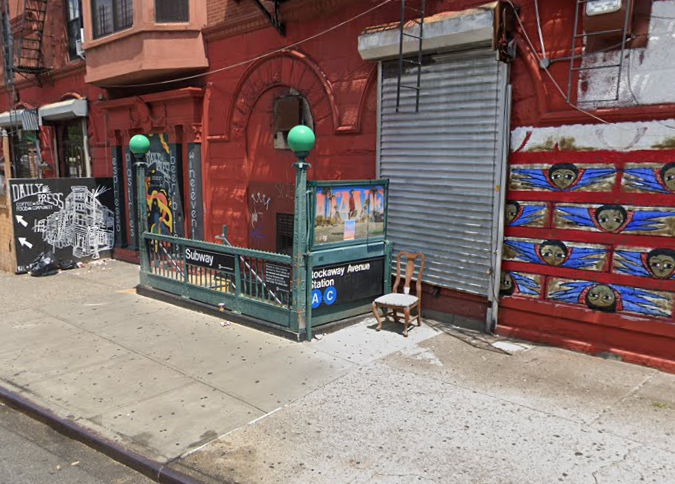 The Rockaway Avenue A/C station where a woman was shoved onto the tracks early Saturday morning.

NEW YORK (1010 WINS) — A good Samaritan came to the aid of a 38-year-old woman who was pushed onto the tracks at a Brooklyn subway station early Saturday morning, according to police.

The woman was arguing with two other women at the Rockaway Avenue subway station C train platform in Ocean Hill Brownsville around 3:20 a.m., when one or both of the other women shoved her onto the tracks, officials said.

A bystander reportedly came to her aid and helped her climb back onto the platform before a train arrived.

The attackers fled as she was climbing back onto the platform, according to authorities.

Emergency responders brought the victim to Kings County Hospital Center, where she was treated for a wrist injury.

Police did not say what the women were arguing about and have not yet made any arrests.

(Bloomberg) — Renault SA agreed to lower its stake in Nissan Motor Co., seeking to address a longstanding source of friction in their two-decade alliance to better compete in an industry moving to electrification and automation. Most Read from Bloomberg The partners will retain a 15% cross-shareholding, including a plan ...