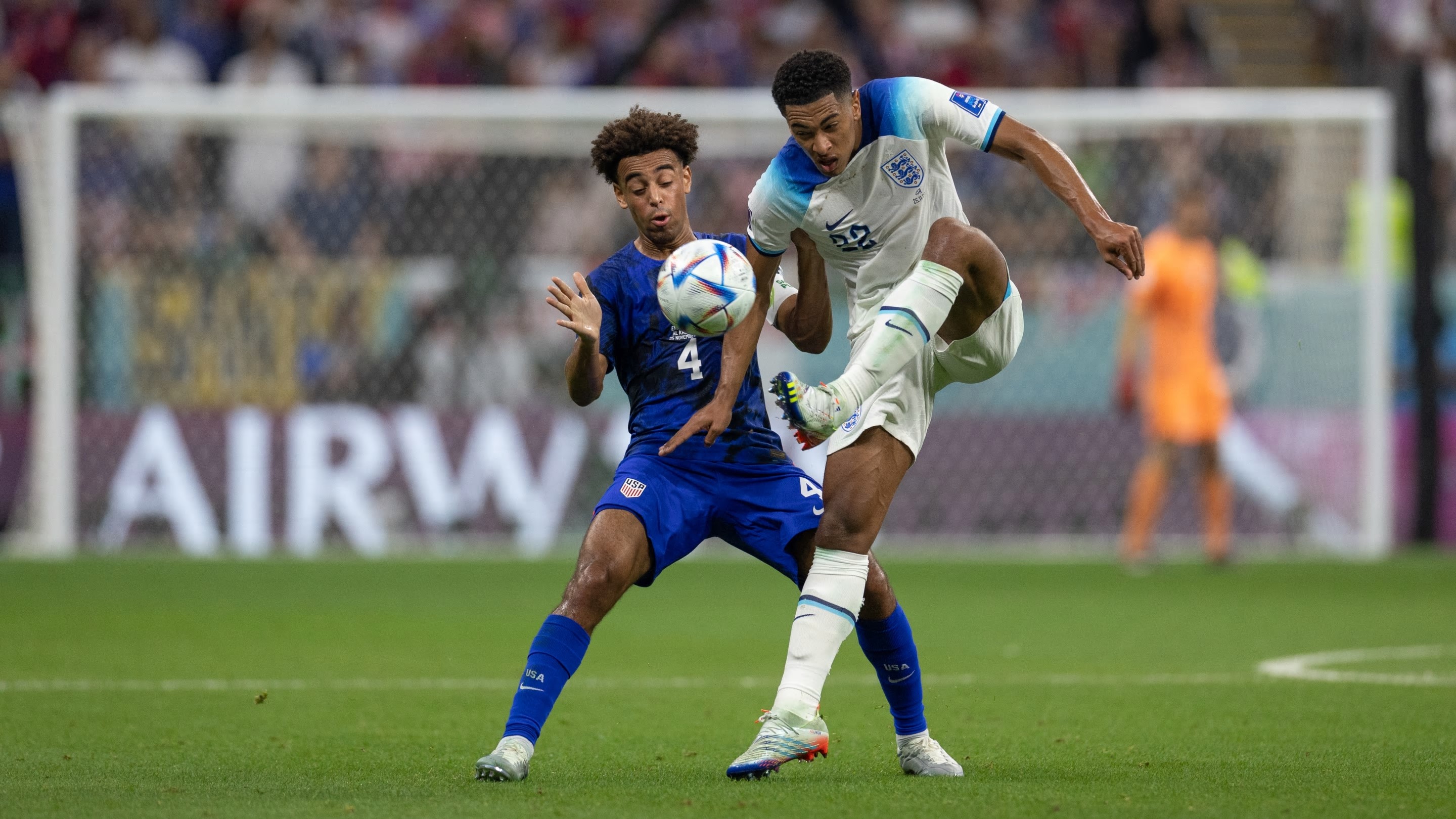 It’s all to play for in Group B heading into the final matchday with all four teams having a shot of progressing to the round of 16.

England could’ve sealed their fate against the US on matchday two, but an excellent performance from the Americans frustrated the Three Lions and means they still have some work to do against Wales on Tuesday night.

Here’s how the four teams in Group B can advance into the 2022 World Cup knockouts.

England at the World Cup so far

England fell flat on Friday night against the US after they produced a stellar performance in their tournament opener.

The Three Lions’ 6-2 thumping of Iran was followed up by a dull stalemate reminiscent of their bore draw with Scotland at Euro 2020. Still, Gareth Southgate’s side are in a great position to qualify for the round of 16.

What do England need?

England will top Group B with a win and will progress with a draw. A draw should also be enough to win Group B if the US beat Iran.

Only a heavy defeat against Wales (by three or more goals) will see England endure a shock early elimination.

United States at the World Cup so far

The USMNT impressed many with their first-half showing against Wales on matchday one but they ceded control after the restart and were eventually pegged back by a late Gareth Bale penalty.

An ominous encounter against England awaited on matchday two, but a smart plan from Gregg Berhalter helped the US thwart Southgate’s side. They were the better team in a forgettable 0-0 draw.

What do the United States need?

Simple, the US must beat Iran to qualify.

Iran at the World Cup so far

Politics have been at the forefront of Iran’s World Cup so far and there’s no doubt that played a role in their flat performance against England on matchday one.

Beaten 6-2 and on the brink of elimination, Carlos Queiroz’s side then produced a fantastic display against Wales which ended in a 2-0 triumph thanks to a pair of goals in stoppage time.

What do Iran need?

Victory against the US will be enough for Iran to qualify. They could also progress with a draw on matchday three if Wales fail to beat England.

Defeat and they go home.

Wales at the World Cup so far

Wales’ first World Cup campaign since 1958 began with a respectable point against the US. After a poor start to the contest, Rob Page’s men rallied in the second half to earn a draw.

However, their bright work on matchday one was undermined by a pitiful showing against Iran. Wales offered very little, and fully deserved to taste defeat despite a spirited defensive effort after Wayne Hennessey was dismissed in the closing stages.

What do Wales need?

First up, Wales must beat England for the first time since 1984 and hope the other game in Group B ends in a draw.