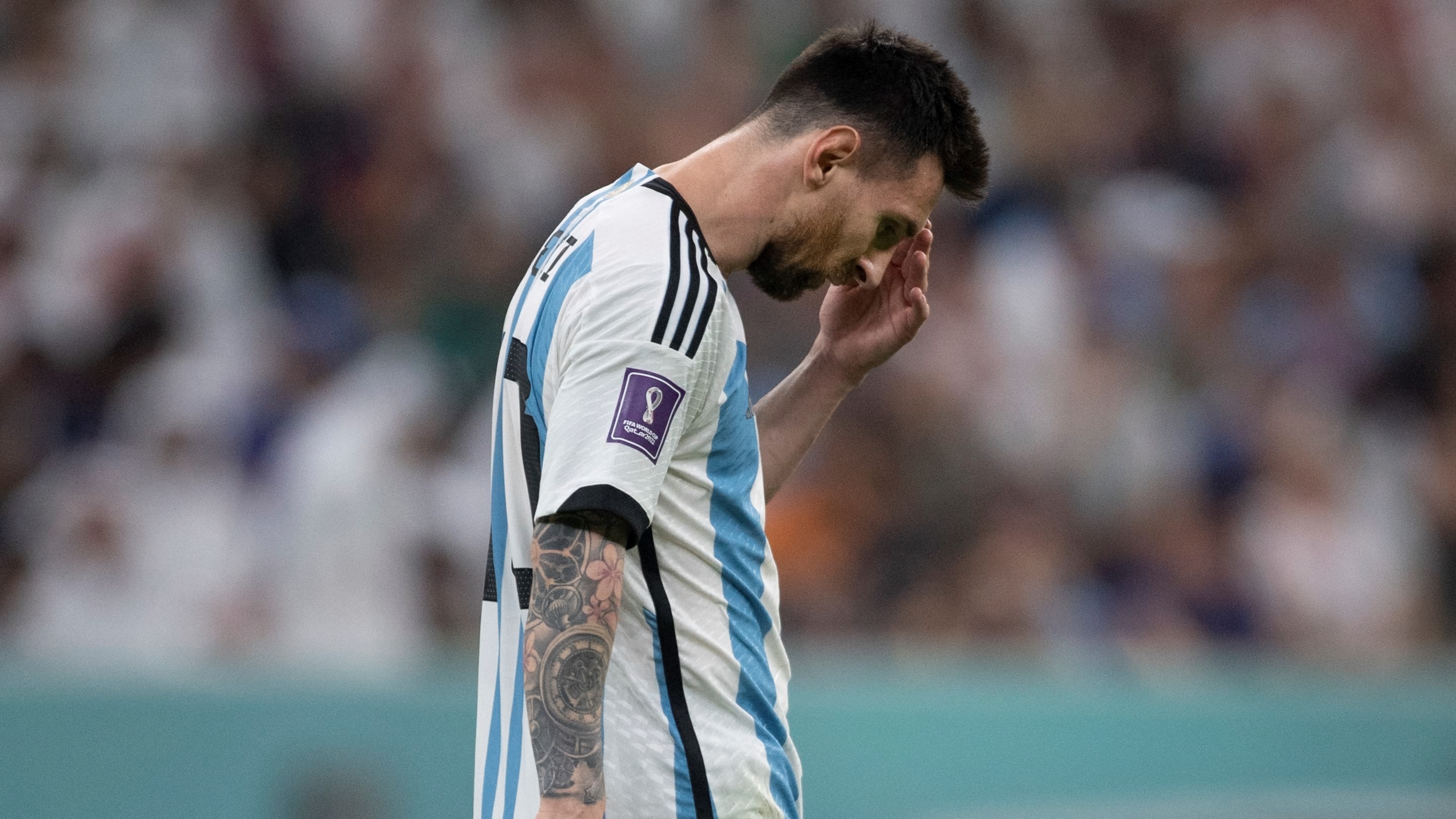 Group C provided the first major upset of the 2022 World Cup as Saudi Arabia truly put the cat among the pigeons with a historic 2-1 victory over Argentina.

Poland have also emerged as a strong force, going unbeaten in their first two games, while Mexico also harbour hopes of reaching the last 16.

Here’s the state of play ahead of the final matchday.

Argentina at the World Cup so far

Coming into the tournament as one of the favourites, Argentina froze on the world stage as they were shocked by minnows Saudi Arabia in their first game.

Things were going swimmingly when Lionel Messi netted a penalty in the tenth minute, but Saleh Al-Shehri equalised shortly after half time and Salem Al-Dawsari then netted a beauty to send his side 2-1 up

Argentina huffed and puffed but couldn’t muster an equaliser and went into their clash with Mexico knowing defeat would eliminate them from the World Cup altogether.

They didn’t get stage fright this time, however, as Messi grabbed his second of the tournament before Enzo Fernandez scored a pearler to secure a 2-0 win.

What do Argentina need?

Argentina will definitely reach the knockout stage if they beat Poland and will win Group C if Saudi Arabia fail to win. If both Argentina and Saudi Arabia win, first place will be decided by goal difference and then goals scored. If they are both identical, Saudi Arabia will win the group on head to head.

A draw gurantees nothing – Argentina would have to rely on Saudi Arabia vs Mexico also ending in stalemate. If Argentina draw and Saudi Arabia win, the Copa America winners will be out.

Mexico beating Saudi Arabia alongside an Argentina draw would really spice things up. Poland would win the group with five points, leaving Argentina and Mexico both on four points. If Mexico win by one or two goals, Argentina would come second on goal difference in front of Mexico.

Win by three goals and the group will be decided by goals scored; if Argentina and Mexico’s records are identical, Argentina will finish second on head to head. A four-goal win will take Mexico into second on goal difference and boot Argentina out.

Any defeat and Argentina will be out.

Poland at the World Cup so far

Poland have been a strong force at the World Cup so far, keeping two clean sheets on their way to four points.

Their first game saw Robert Lewandowski and co held to a goalless draw by Mexico, but they were more clinical in their second outing against Saudi Arabia.

What do Poland need?

With four points, Poland sit at the top of Group C and are guaranteed to go through if they avoid defeat to Argentina. Victory or a draw if Saudi Arabia fail to win will earn Poland first place in the group.

However, if they lose and Mexico win, the equations will kick in. Argentina will win the group with six points with Poland and Mexico behind on four each. Second place will then be decided on group goal difference and then goals scored, with Mexico needing to overturn a four-goal deficit.

If those records are identical, the fair play tie-breaker will kick in before a random draw – hopefully things don’t come to that.

A three goal-defeat and the group will be decided by goals scored before going on to head to head. A loss by four or more goals will see Saudi Arabia come second on goal difference with Poland taking third.

If Poland suffer defeat and Saudi Arabia triumph, Lewandowski and his side will be out.

Saudi Arabia at the World Cup so far

Saudi Arabia provided one of the all-time World Cup shocks when they upset Argentina in the opening days of the tournament.

Messi’s penalty meant little as Al-Shehri and Al-Dawsari turned things around for Herve Renard’s side. The French manager’s half-time team talk subsequently went viral. However, they were brought back down to earth against Poland.

Zielinski’s finish put the Poles ahead before Lewandowski was gifted a second, leaving the Green Falcons with work to do against Mexico.

What do Saudi Arabia need?

The good news is a win will guarantee Saudi Arabia a place in the last 16. They’ll be group winners if Poland vs Argentina ends in a draw. If both Saudi Arabia and Argentina win, first place will be decided by goal difference and then goals scored. If they are both identical, Saudi Arabia will win the group on head to head.

If Saudi Arabia draw against Mexico, they will need Argentina to lose to Poland to go through. If they draw and Poland lose, Poland would need to lose by three goals at least for Saudi Arabia to qualify.

Saudi Arabia will go out if both games end in draws or they lose to Mexico.

Mexico at the World Cup so far

Mexico haven’t managed to find any fluency in attack at this World Cup so far. A goalless draw with Poland got their campaign off to a solid enough start, but Argentina beat them 2-0 in their second game to leave Gerardo Martino’s side in need of victory to go through.

What do Mexico need?

Stuck at the bottom of Group C, Mexico have no hope of going through unless they can beat Saudi Arabia. A four-goal win would guarantee qualification. If Mexico and Poland both win, Mexico will come second.