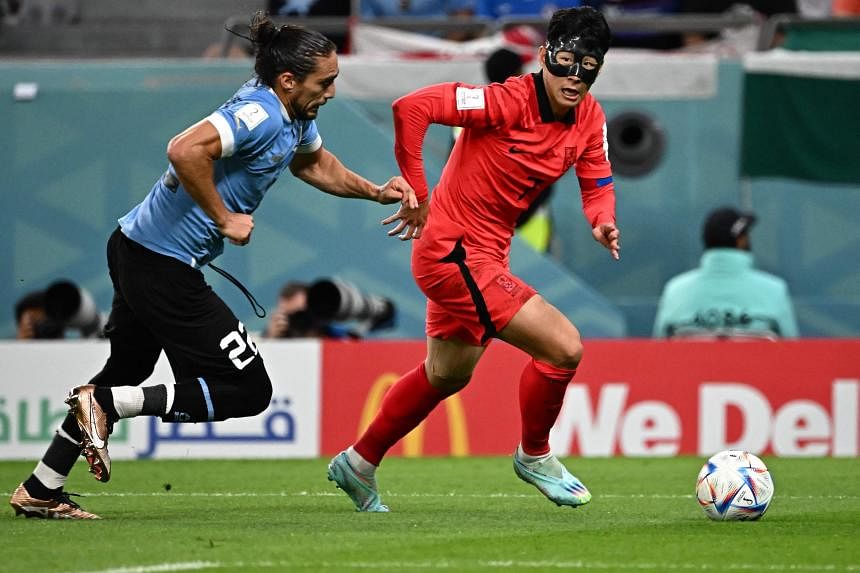 AL RAYYAN, Qatar – For the third straight day at the World Cup in Qatar, an Asian team can leave the pitch with their heads held high as world No. 28 South Korea held 14th-ranked Uruguay to a 0-0 draw in their opening Group H match.

While it was not quite the level of upset pulled off by fellow Asian sides Saudi Arabia and Japan in the days prior, the Taegeuk Warriors put up a spirited display at the Education City Stadium.

The stalemate means South Korea, who are in a tricky group with tournament darkhorses Uruguay, Portugal (ranked eighth) and Ghana (61st) remain with a shout of making the knockout rounds.

Both sides had game changers in their team – Son Heung-min for the South Koreans and the likes of Luis Suarez, Darwin Nunez and Federico Valverde for the South Americans – but blunt finishing meant neither found the net.

In the 22nd minute, Facundo Pellestri’s dangerous ball across the face of the goal was completely missed by Nunez, before South Korea striker Hwang Ui-jo blazed a shot over from eight metres out.

Uruguay came closer to scoring, hitting the woodwork twice. First, in the 43rd minute, captain Diego Godin saw his header crack the upright, before Valverde’s speculative shot from distance late on also cannoned off the post and went out.

All eyes were on South Korea skipper Son and how he would cope having sustained an eye socket fracture three weeks ago.

Donning a black protective mask, he did not appear to be affected by the injury although he was not at the sparkling best he has so often displayed in recent seasons for English Premier League side Tottenham Hotspur either.

He was tightly marked by Uruguay’s veteran defender Martin Caceres, who at one point snapped away at the 30-year-old’s heel so closely he lost his boot. Son’s best sight at goal came in the 51st minute but, as he burst into the box, he hesitated in pulling the trigger and the ball was nicked away by Caceres with a sliding interception.

In the 90th minute, Son had another go at goal – this time from over 20 metres – but his shot zipped wide, to the agony of the over 40,000 fans, the majority of whom were audibly behind the South Koreans.