When Spain obliterated Costa Rica 7-0, former Manchester City and current FC Barcelona winger Ferran Torres helped himself to a couple of goals. Celebrations are of course part of the game, but Spain coach Luis Enrique has a bone to pick with Ferran if he does a certain celebration. Ferran did an “S” celebration with his hands against Keylor Navas’ team, but he should be glad that it’s not any other which you’ll find out in a bit.

A phenomenon that was started by Brazilian player Bebeto in the 1994 World Cup was a celebration that refers to your baby being born. It has two versions: rocking an imaginary baby (what Bebeto did against the Netherlands in that tournament) or sucking your thumb and pointing your finger somewhere.

Now what’s this got to do with everything? Simple: Ferran Torres is dating Sima Martinez, Luis Enrique’s own daughter! 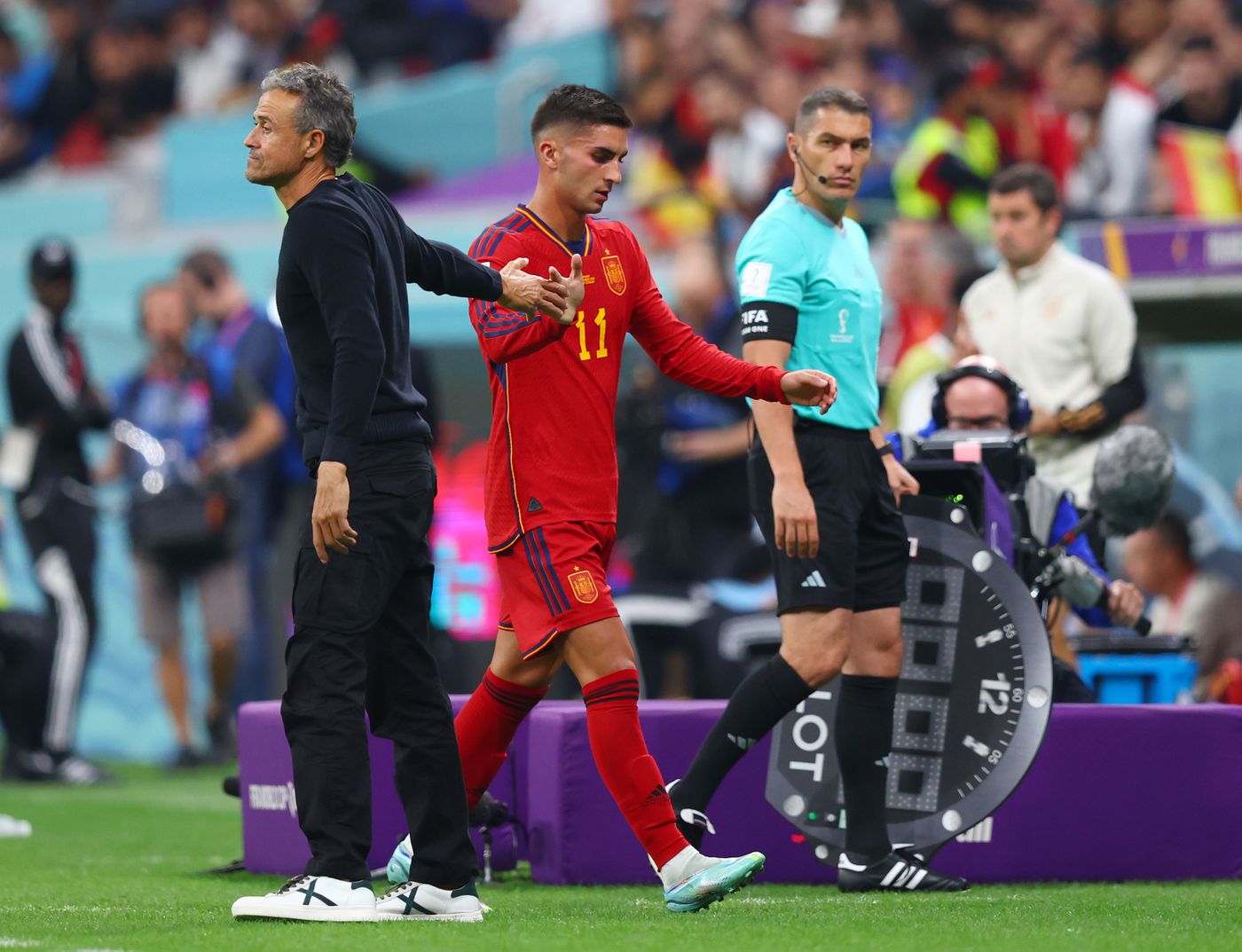 “Lucho” is aware of his daughter’s relationship with one of his players, and jokingly said that if Ferran hints at anything about getting Sima pregnant, Ferran would never see the pitch again. “I would replace him in that moment, put him on the stands, and he wouldn’t set foot on a football pitch again”. Enrique said (as captured by Talk Sport).

Similarly, before the Costa Rica game, Lucho was asked who would lead the Spanish attack, he had one clear answer. “That’s very easy: Ferran Torres. Otherwise, my daughter will come after me and chop off my head”, the former Barcelona coach said.

The banter is understandable as Ferran himself considers Lucho as a father figure in the national team. “I only have words of thanks. I consider him my father, he is like our father,” Ferran explained. “Since I have come to the national team, he has welcomed me in a spectacular way, he has given me all his confidence. This is what any player would want.”

Ferran couldn’t get the ball home against Bayern Munich’s Manuel Neuer, but he’s looking to score against Japan…and at home.