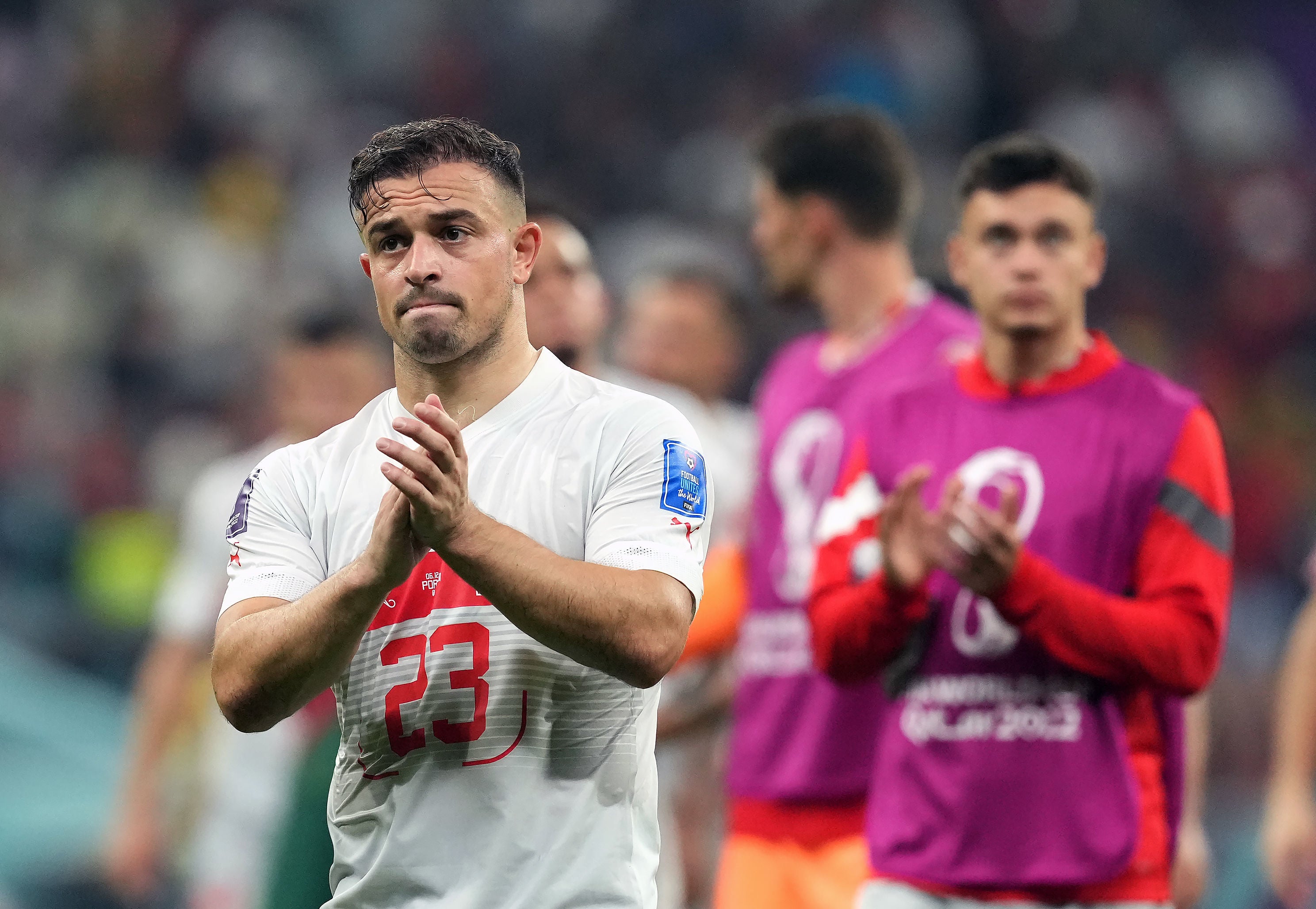 Xherdan Shaqiri apologised to Switzerland fans after they were dumped out of the World Cup in humiliating fashion.

Goncalo Ramos scored a hat-trick, with Pepe, Raphael Guerreiro and Rafael Leao also on the scoresheet as Portugal put Switzerland to the sword to storm into a first World Cup quarter-final since 2006.

Fernando Santos benched Cristiano Ronaldo and was rewarded with a far slicker and more artful display from his team than anything they had shown in the group stages as Switzerland were outplayed in every part of the pitch.

“Today we have to apologise to all Switzerland fans in the name of the team. That was not our true face tonight,” Shaqiri said.

“We’re very disappointed. We were shown our limits tonight. The coach gave us a plan but it did not work out for us. We lost the game already in the first half and were always a step too late.”

Swiss coach Murat Yakin, whose contract with the national team runs for two more years, said Portugal had caught his side by surprise.

“We must accept this defeat and congratulate Portugal,” he said. “They were the best team this evening. They surprised us.”

“We lost a game today but that doesn’t mean we have to be too pessimistic and criticise everything. The team has shown great team spirit.

“But this defeat hurts. The score and the manner of the loss sadden me.”

Switzerland have not reached the last eight at the World Cup since 1954, but Yakin added that his side could take pride in their journey in Qatar and would have to find a way to keep moving forward.

“We only lost one game, why should we question everything?” he said. “It’s true that we didn’t meet our fans’ expectations but we can look back on our journey in this World Cup with pride. Now we have to look to the future.”

Swiss keeper Yann Sommer said they had not been mentally strong enough during the match.

“We did not show the mentality we usually bring onto the pitch,” he added. “It’s a very bitter evening. We gave Portugal far too much space. I didn’t look too good either in a few situations.

“This is not the way to survive against such opponents.”