Yellowstone has been pushing the envelope since the show began in 2018. The drama keeps fans coming back in record-breaking numbers week after week with its action, romance, and fraught family interactions. But the season’s fifth episode, “Watch’Em Ride Away,” is getting some negative reactions from fans who think the show went too far.

The episode as a whole was a bit of a departure for the show. This season has focused primarily on John Dutton’s new role as Governor of Montana, and many of the scenes have taken place at the state house. But this episode was all about the Duttons, and almost all the action took place at their ranch as the whole crew prepared to set out to brand their cattle.

Before the ranch hands and the Dutton family headed out, the family gathered at the table for dinner. Dutton family dinner scenes are typically tense, and this one definitely followed suit, but it was peppered with some laugh-out-loud moments, thanks (unexpectedly) to Monica (Kelsey Asbille).

Fresh off of saying that she’s trying to teach Carter some manners, Beth (Kelly Reilly) engages in an all-out brawl with Summer (Piper Perabo), despite John’s warning that, “If you can’t say something nice, you won’t say anything at all.” Beth sits down and addresses the family, who is joined by John’s assistant and Summer: “one big happy family, and an assistant. And a hooker.” 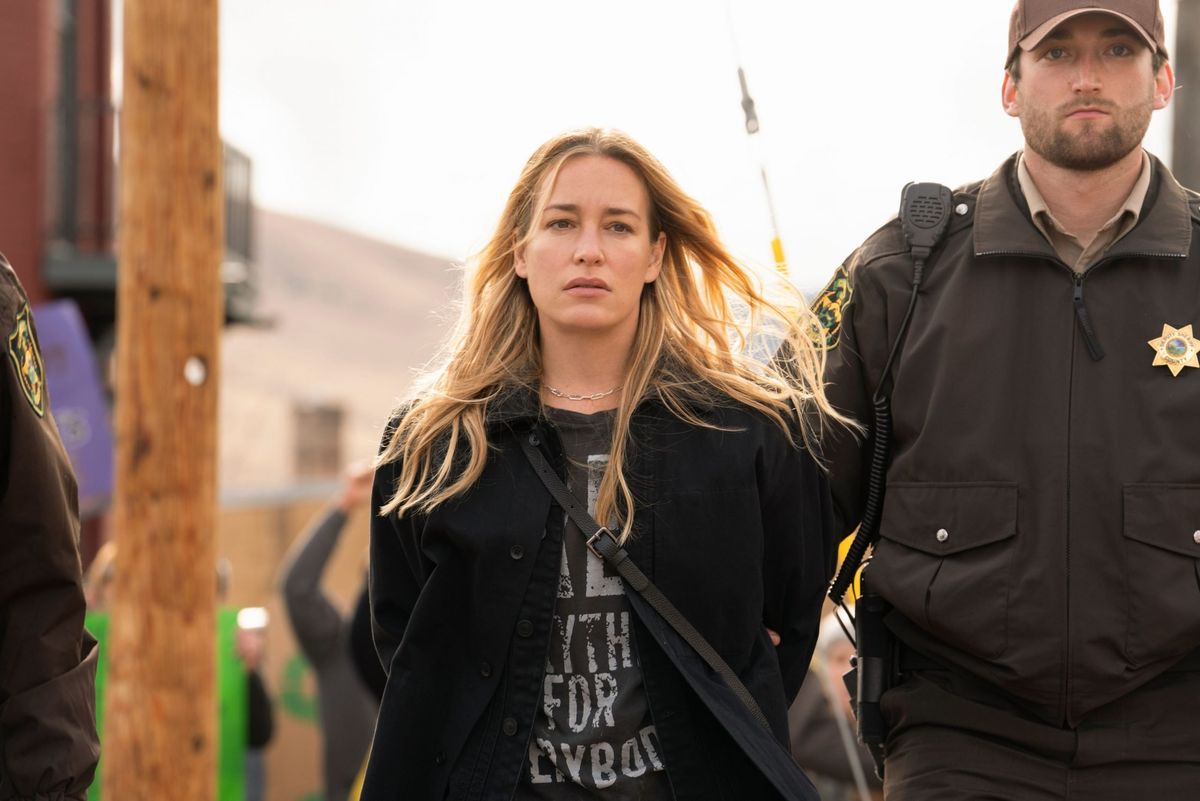 Environmental activist Summer, who is serving her house arrest at the Dutton ranch, voices her objections to the meat Gator serves at dinner. Monica, whose storyline has been steeped in tragedy, bursts out laughing and says what we’re all thinking: “Sorry, this is just so ******* uncomfortable.” Beth then invites Summer to take a walk with her, and for some reason, she agrees. Monica can’t stop laughing at the absurdity of the interaction.

Beth and Summer head to the yard for a good, old-fashioned brawl. Rip (Cole Hauser), always the voice of wisdom, interrupts the fight and says, “Do you know how stupid you both look? You look ridiculous…. Let’s end it with a little bit of dignity instead of rolling around like a bunch of ****** 9-year-olds. Just stand here, and trade’em, until one of you has had enough.” The two women go blow-for-blow until Summer finally quits, and the two women seem to come to an agreement of mutual respect, then return to the dinner table, bloody and beaten. 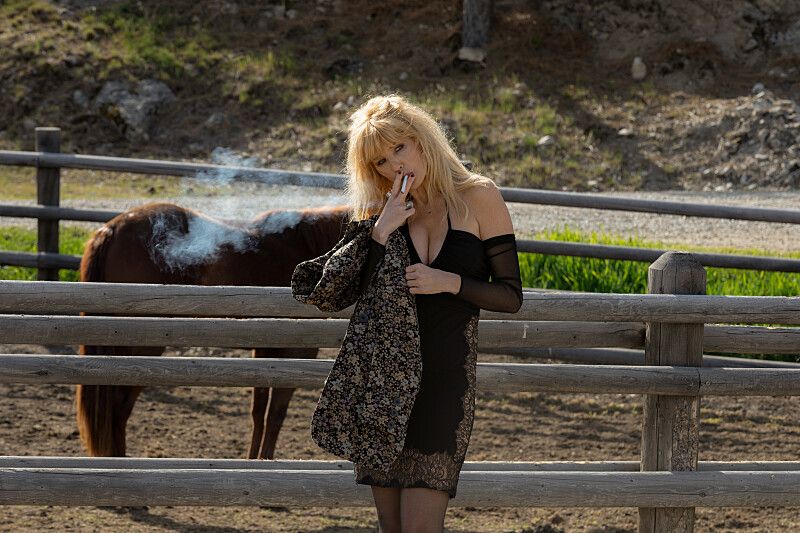 The show shared a clip from the episode on Instagram and was met with a flood of comments about this fight scene, including, “This show has turned into an over-acted, overly dramatic mess. The Beth/Summer fight? Beth, in general? What a joke.” Another viewer said, “Too much Beth…. Why does every show revolve around how crazy Beth can act with her bad attitude… Surely a Montana ranch does not revolve around one crazy a** daughter.. in real life Rip would never put up with all that c*** and neither would Daddy.. the show is in desperate need of new writers.” One commenter said, “This is the worst episode so far Beth & Summer are beating each other up ehhhh no thank you.”

Of course, not everyone shared that opinion, with one fan saying, “Well written and acted episode tonight!!! Enjoyed every minute, especially the dinner scene and Beth/Rip moments. Look forward to this show all week!🙌” and another chiming in with, “Best episode so far this season. Really good!”

John Dutton’s Words About His Children

Amid the dramatic scenes, John makes some poignant observations about his children. When Kayce (Luke Grimes) and Monica arrive at the ranch, John’s assistant, Clara (Lilli Kay), asks if Kayce is his youngest son, and John responds, “That’s my only son, Clara.” 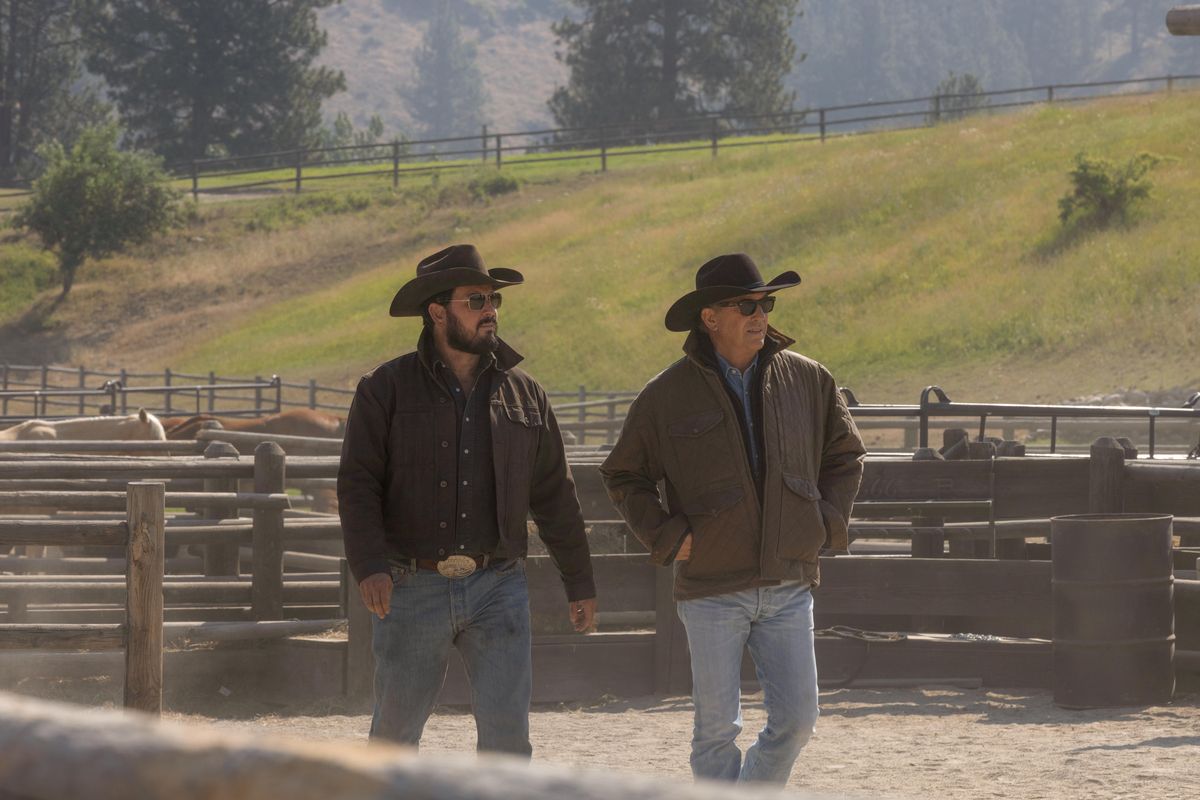 john and rip on yellowstone

After Beth and Summer’s fight, John and Rip have a heart-to-heart. John tells his son-in-law, “I always thought Beth would calm down as she got older, but every year it seems like she gets wilder. I’ve never seen anything like it. What it must feel to be like, to be that free…I got one child I miss. One child I pity. One I regret. But that girl, that child I envy.”

The Dutton crew heads off on their journey, leaving Summer and Monica behind. Beth suggests Summer take a walk around the ranch: “You’ll understand us better. Tell me if there’s a forest in America that’s in better shape, or more loved. Then tell me we’re the enemy.” 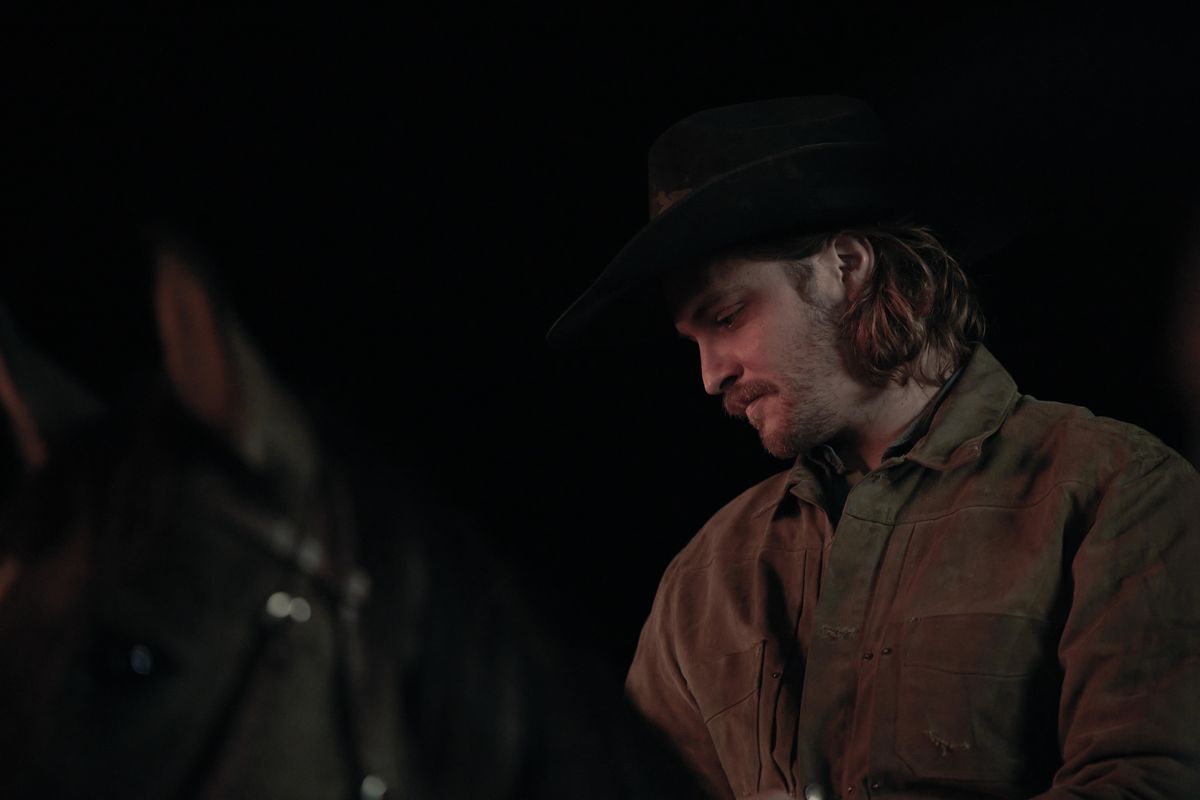 Monica says goodbye to Kayce and Tate, then tearfully tells Summer, “If it doesn’t make you cry to watch your family ride away, you probably shouldn’t have one.”

Yellowstone has promised that this season won’t take its foot off the gas, so we can only imagine what that means for episode 6.