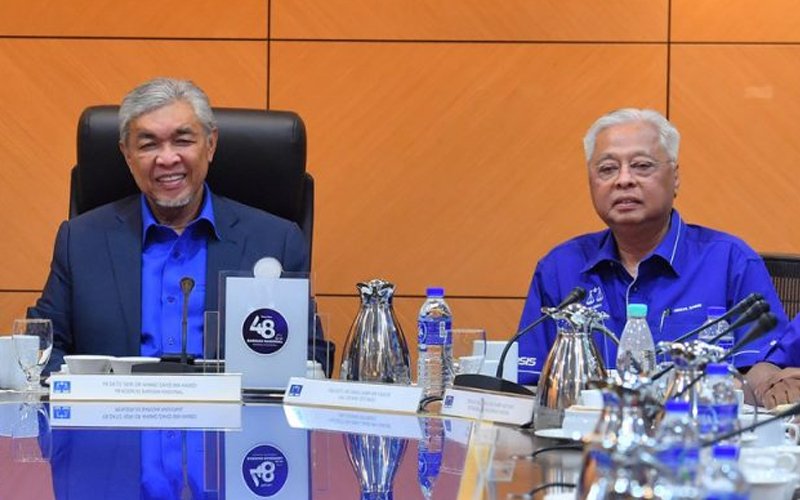 The meeting will be hosted by Ahmad Zahid Hamidi and Ismail Sabri Yaakob. (Bernama pic)

PETALING JAYA: Umno’s top leadership has summoned all division and wing leaders for a special meeting with its president and prime minister this Tuesday.

In a letter by secretary-general Ahmad Maslan, the meeting, hosted by Ahmad Zahid Hamidi and Ismail Sabri Yaakob, will be held at the World Trade Centre Kuala Lumpur from 2pm.

It was earlier reported that Ismail, who is also the party’s vice-president, had agreed to meet the Yang di-Pertuan Agong to discuss the dissolution date of Parliament.