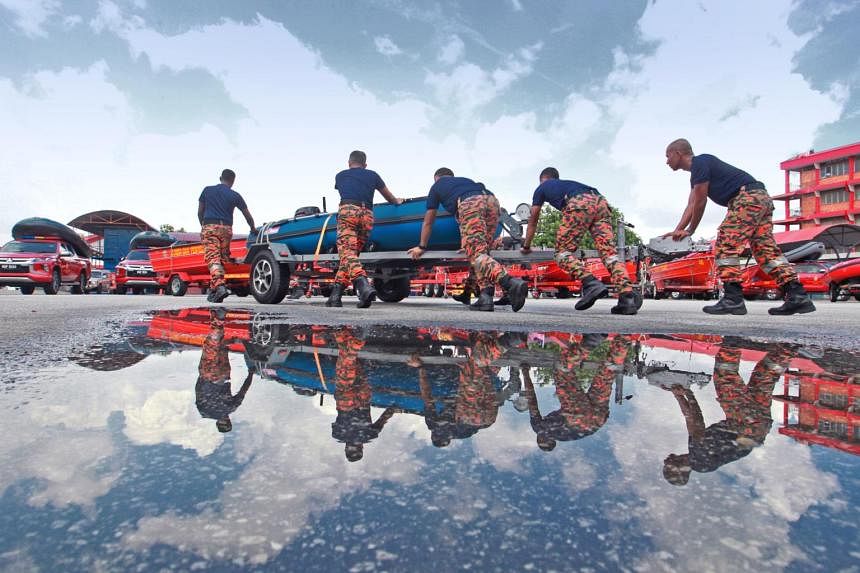 KUALA LUMPUR – The move by Umno to push for snap polls in the last few months of this year has drawn flak from Malaysia’s opposition and a section of the public, with heavy rains and floods associated with the annual monsoon season just around the corner.

A senior opposition leader questioned whether Umno, the lead party in the country’s governing coalition, has the right to bulldoze its demand for the general election (GE) with the Malaysian King, whose assent is needed for Parliament’s dissolution.

“Return the people’s mandate, they say, but they chose during flood time,” wrote Ms Wan Akmal WZ on Twitter on Saturday. “Can’t even wait after the flood. Umno is greedy and power crazy!”

Malaysia’s monsoon season typically starts around late November and could last until March.

Last year, eight of the 11 states in Peninsular Malaysia were hit by floods in December, as the country saw the heaviest rainfall in 100 years, officials had said.

At the height of floods in December 2021, some 60,000 people were forced into relief shelters, with at least 54 deaths recorded.

Mr Eddy Daud wrote on Twitter: “If Umno keeps on pushing for a GE even during the monsoon… and if PM Ismail and the Cabinet relent, then let us all go out and vote. Let us fence sitters give Umno/BN a lesson worse than GE14 they would not forget.”

Umno on Friday called for Parliament to be dissolved soon, to pave the way for the polls.

The party said in a statement that Prime Minister Ismail Sabri Yaakob will seek an audience with the Malaysian King to present him with a date for the national polls.

This was the first time PM Ismail has joined other party leaders in agreeing for the polls to be held this year. He had previously said that he needed to first work on post-Covid economic recovery and on taming rising inflation.

“According to … the Federal Constitution, the King has the discretion in the appointment of the prime minister, the withholding of consent to a request to dissolve Parliament, and the requisition of a meeting of the Conference of Rulers concerned solely with the privileges, position, honours, and dignities of the Rulers,” Mr Loke said on Saturday.

He said Umno has 38 Members of Parliament out of the total 222, or just 17 per cent. “Thus, they cannot act arbitrarily, as if they are the party with the biggest majority in Parliament today,” he added.

But despite the backlash, political pundits believe that Umno is looking to maintain its momentum after winning handsomely the Melaka state polls in November 2021 and the Johor state election in March 2022 due to the disunited opposition.

“From their standpoint, it’s a good idea to hold the GE this year … because there will be a lot of bad news next year due to the weakening ringgit. Prices of goods are going to increase, people are going to be angry,” Prof James Chin of the Asia Institute at the University of Tasmania, Australia told The Straits Times. “So Umno really doesn’t have a choice, they have to go this year.”

Sociopolitical analyst Awang Azman Pawi of Universiti Malaya said the narrative played by the opposition to delay the polls would not be effective.

“They had used the pandemic as an issue to get voters to reject Umno during the two state elections but Umno still won. So I don’t think it would make any difference if they use the floods as a narrative,” he told ST.

As seen in the Melaka and Johor state polls, Umno has another big advantage going for it, as the three main opposition camps have failed to come together to avoid multi-cornered fights that would give Umno-led Barisan Nasional polling advantage.